Ralph is an engineer by qualification and graduated from the engineering school at the University of Strathclyde in Glasgow with a M.Eng in Mechanical Engineering. Ralph has spent most of his career to date working in specialist renewable energy consultancies in Scotland and the US. Ralph’s role focused on providing advice to owners, lenders and investors on wind farm performance assessment and the associated contractual issues. More recently Ralph worked at a technology innovation centre in Glasgow. His role there was leading a team of engineers to deliver innovation services to a wide range of academic, private and public sector organisations – from large utilities to university spinouts. Ralph is now based in Inverness and works as the Operations Manager for a company who design and build low carbon homes using an innovative offsite construction methodology.

Both inside and outside of work Ralph has an active interest in sustainability, low carbon technologies and renewable energy. He firmly believes these industries offer both economic, social and environmental benefits to Scotland, the UK and the rest of the world. On a personal note, Ralph enjoys running, cycling, walking and open water swimming. He also regularly volunteers at associated events.

Colin Ewing
Having grown up in Cheshire, Colin gained a degree in law from Manchester University but then pursued a career in IT and networking. He worked for major engineering and construction companies Turner and Newall and National Nuclear Corporation until the mid 1980s, then joined an independant IT consultancy, working in the UK and Europe in a wide variety of business sectors, including banking, defence and manufacturing. Colin lived in Strasbourg and Brussels for 5 years, working as a consultant on projects for the EU and NATO. After returning to the UK, he undertook project management and project reviews for major utility companies in the UK. In 2001 Colin moved from Hertfordshire to Skye, having visited the island many times since the early 1970s. Now retired, Colin is building his own low energy house on Skye. Colin is convinced that the only sustainable solution to the UK’s energy dilemma is for everyone in the country to be engaged with the problem and for them to be empowered to help to solve it.

I have a degree in Oceanography and in the late 1970s worked on the Severn Barrage feasibility project specifically investigating how salmon migration would be affected by a barrage. Some 40 years later, they are still talking about it! I spent 25 years as a science teacher and in 2005 moved to Skye. We have a small organic croft. I am passionate about renewables and have our own 5Kw wind turbine (the first privately owned wind turbine on the Isle of Skye). I was co-opted on to the board in September 2017.

In August 2007 Daniel Wood, decided to move over 400 miles from his home in the Cotswolds to study accountancy at the University of Dundee.

After graduating with a first class honours degree in 2011 Daniel began working as an accounts assistant for a four partner firm of chartered accountants in Dundee. A year later he began studying for his professional qualification with the Institute of Chartered of Accountants of Scotland and in March 2016 was admitted to membership and had earned the right to use the letters ‘CA’ (Chartered Accountant) after his name.

It was from this point that a real specialism could be followed and, based on his family’s history in agriculture, his love of the outdoors and his experience to date, agriculture and rural business seemed the natural choice.

After 10 years in Dundee, Daniel decided to move again, this time to the Isle of Skye. It was here that decision to set up on his own was made and so, on 24th August 2018, Wood Accountancy began.

Daniel now enjoys working on a personal level with clients all over the Scotland. When he’s not doing this, you’ll find him working on his croft and tending to his flock of Hebridean sheep. 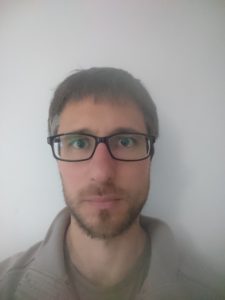 Henrik is originally from Sweden but moved to Scotland in 1999. He moved with his wife (who is from Ardvasar) and family to Sleat in 2009 and is now living in Ardvasar. Henrik has been a director with the Cooperative since August 2018. He works for an environmental consultancy that specialises in renewable energy, resource efficiency, waste management, sustainable construction and management system development. Through his professional career he has worked with about a dozen different community groups throughout Scotland providing assistance with various tasks ranging from (but not limited to) governance, renewable energy, finance/business plans, funding, project development etc. In addition, Henrik is self-employed for part of his working week and has secured contracts working with a community on Skye helping them project manage new developments, and create a development plan for the area. His interests include various outdoor sports, running and hiking. 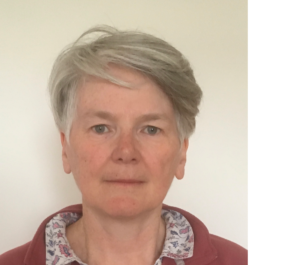 Originally from near Oldham in Lancashire, Gill grew up in Kent and graduated from University College London with a degree in German and Linguistics. After a spell as a community arts officer she then moved into IT as a systems and business analyst with the Welcome Foundation. As the company evolved through mergers into Glaxo Welcome and latterly GSK, Gill’s career path led to corporate communications and change management, specialising in international project implementations. Gill left GSK in 2015 and moved to Skye permanently, having visited frequently during the previous 30 years.

Gill is currently a volunteer with and Chair of Skye and Lochalsh Community Care Forum, the umbrella organisation managing Skye and Lochalsh Young Carers. Her other interests include community arts and events, being outdoors on Skye and the quest to prove that gluten free cakes do not have to be a consolation prize.